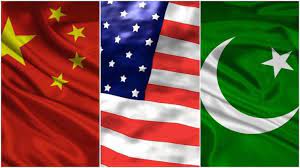 Web Desk
Prime Minister Imran Khan has said that Pakistan wanted to play the role of bringing together the United States and China because “another Cold War” would not benefit anyone.
He expressed these views during an interview with China Global Television Network that was recorded during his recent visit to the Chinese capital, Beijing to attend the opening ceremony of the 2022 Winter Olympics. The interview was aired with Urdu subtitles on Tuesday.
During the interview, the premier was questioned about Pakistan’s relations with China and the United States to which he replied that the world did not need “another Cold War”.
“The world should not go through a situation where it is divided into two camps, it does not benefit anyone. In fact, everyone suffers,” he said, adding that people benefit when there is cooperation between countries, according to English newspaper, Daily Dawn.
He went on to say that Pakistan wanted to play the role that it had played in the 1970s, when it was “instrumental” in bringing the two countries together.
“The famous visit of Dr Henry Kissinger was organised by Pakistan,” he said, referring to the former US state secretary’s visit from Islamabad to Beijing in 1971.
“So we hope to play that role,” the premier said, noting that Pakistan had “good relations with the US and an iron-brother relationship with China”.
PM Imran expressed the hope that the world would not see another Cold War-like situation where Pakistan would have to choose sides.
He said Pakistan’s 220 million people were his priority.
“The only way I will get my people out of poverty is if we have economic well-being, which comes with stability and peace. If you have conflicts, the first thing that gets affected is your economy and that’s the last thing we want.”
On the regional impact of Pak-China ties, the premier said that the “powerful relationship” had brought stability.
“Unfortunately, right now Pakistan’s problem, and I think to some extent China’s, is with our big neighbour India.”
He said that he firmly believed that all political differences should be resolved through dialogue, but lamented the fact that the Indian government was an “extreme nationalist” one.
“We find the Indian government difficult to move forward with, specifically because of Kashmir. Kashmir is our only issue with India and rather than trying to resolve that issue, India has made things worse.”
He expressed the hope that the issue would be resolved sooner or later through political dialogue, reiterating the fact that Pak-China ties had brought stability to the region.
Speaking about the current situation in Afghanistan, the prime minister said that the focus was on the people of the war-torn country.
“The consensus between Pakistan and China is that no nation has suffered like the people of Afghanistan [have]. For 40 years, they have seen nothing but conflict. And this is the first time there is a chance for peace, because there is no conflict going on in Afghanistan. The problem right now is the prospect of a huge humanitarian crisis.”
He said Afghanistan was dependent on foreign aid, which had been frozen after the Taliban takeover.
“Until the Taliban government took over, 75 per cent of the country’s budget came from foreign aid,” he said, adding that the government was in a serious state of crisis without foreign aid.
“They cannot deliver the services because they don’t have the money and their foreign exchange reserves have been frozen.”
He said that Pakistan, China and several European countries agreed that the “likes and dislikes of the Taliban government should be set aside and the only thing on our minds should be the 40 million people of Afghanistan””
PM Imran also talked about the China-Pakistan Economic Corridor (CPEC) during the interview, which appeared to be filmed prior to his meetings with Chinese officials.
Calling it an “extremely significant” project, he said that the Chinese investment had come at a very crucial time for Pakistan as it was involved in the ‘war on terror’ and dealing with the financial crisis caused by two corrupt governments.
“China came at the most difficult time for us which is also one of the reasons why there is so much love for the people of China because a friend in need is one you always remember.”
He said that CPEC had now entered its second phase which involved Chinese investment in Pakistan’s industrial zones as well as the sectors of information technology and agriculture. 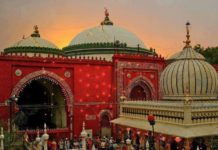 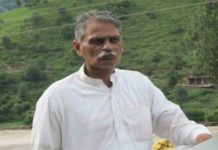 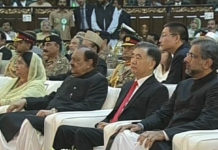