Web Desk
In an epoch-making decision, Pakistan’s Supreme Court on Thursday set aside deputy speaker’s ruling to dismiss the no-trust resolution against Prime Minister Imran and the subsequent dissolution of the NA by the president on the PM’s advice.
In a unanimous decision of all the five members of the larger bench, the apex court, in its short order, ruled that the deputy speaker’s ruling was “contrary to the Constitution and the law and of no legal effect, and the same are hereby set aside”.
The Supreme court ruled that President Dr Arif Alvi’s decision to dissolve the National Assembly was also “contrary to the Constitution and the law and of no legal effect”, noting that the prime minister could not have advised the president to dissolve the assembly as he continues to remain under the bar imposed under clause (1) of Article 58 of the Constitution.
“It is further declared that the [National] Assembly was in existence at all times, and continues to remain and be so,” the short order reads.
The Supreme Court ordered for the session of the National Assembly to reconvene on Saturday at 10:30am. saying that the session cannot be adjourned without the conclusion of the no-trust motion against Prime Minister Imran Khan.
“The deputy speaker gave a ruling on April 3. Leave was granted on the no-confidence motion on March 28. The ruling of the speaker is declared unconstitutional,” Justice Bandial declared.
The chief justice said the verdict was announced with a unanimous agreement of 5-0 after the judges consulted each other. “The current issues are done away with,” he said.
The verdict said that the government could not interfere in the participation of any MNA in the assembly session.
The court stated that the current order would not impact the proceedings under Article 63 of the Constitution.
“It is, however, clarified that nothing in this short order shall affect the operation of Article 63A of the Constitution and consequences thereof in relation to any member of the Assembly if he votes on the Resolution or (if such be the case) the election of a Prime Minister thereafter in such manner as is tantamount to his defection from the political party to which he belongs within the meaning of the said Article,” the verdict reads.
Leader of the Opposition in the National Assembly Shehbaz Sharif, while talking to the media after the verdict, said the court had “definitely fulfilled the people’s expectations”.

The verdict was to be announced at 7:30pm but it was subject to an hour’s delay. In anticipation of the verdict, security was beefed up at the SC premises with television footage showing riot police deployed outside the apex court.
Ahead of the verdict, the Supreme Court summoned Chief Election Commissioner (CEC) Sikandar Sultan Raja, who arrived at the court with the watchdog’s legal team.
A large number of lawyers, media personnel and politicians, including PML-N’s Shehbaz Sharif and PPP’s Bilawal Bhutto Zardari, were at the court ahead of the verdict. 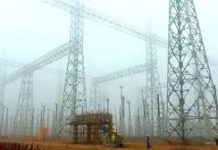 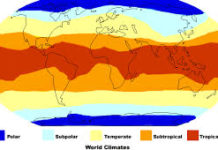 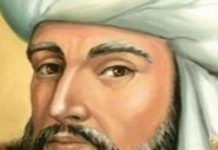 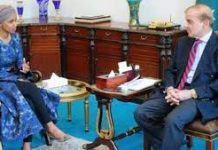